Originated in Asia over 2,000 years ago, rhubarb was initially cultivated for its medicinal qualities. It was not until the 18th century that rhubarb was grown for culinary purposes in Britain and America. It is a very hardy, frost resistant plant – in fact it needs a period of frost in the winter to produce the best stalks.

Timperley Early is the earliest variety of rhubarb available. The sticks are thinner than other varieties with a least the half the length being well coloured (red / green sticks). Excellent flavour, high yielding.

Whilst categorised as a fruit it is really a vegetable because the stems of rhubarb are eaten rather than the fruit. Rhubarb stalks grow in a spectrum of colours from red to green and inbetween colours are often called pink or speckled. A deep red petiole is the more popular among consumers, but these plants are often accompanied by poor growth and yield. Green varieties are often much more productive. Consumers also often assume the red stemmed rhubarb is sweeter than other colours but colour and sweetness are not necessarily related. The Victoria variety, which is probably the greenest variety, can produce some very sweet stems.

One word of warning – DO NOT eat Rhubarb leaves as they contain Oxalic acid and are poisonous to humans.

We specialise in IQF rhubarb but there are different uses and we supply in various cut sizes.

Rhubarb is very low in saturated fat, cholesterol and sodium.  It is also a good source of potassium and a very good source of  vitamin C, vitamin K, calcium and magnesium

Ideal uses:
Ideal in pies, crumbles, desserts and yogurts.
Works well in jams, compotes and chutneys
Fresh but needs to be cooked.

Varieties and availability are subject to change due to seasonal variations, continuous development and evolving specifications. Please enquire for further information. 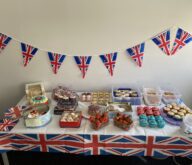